Subscribe To The Latest
About Recipe Index The Latest 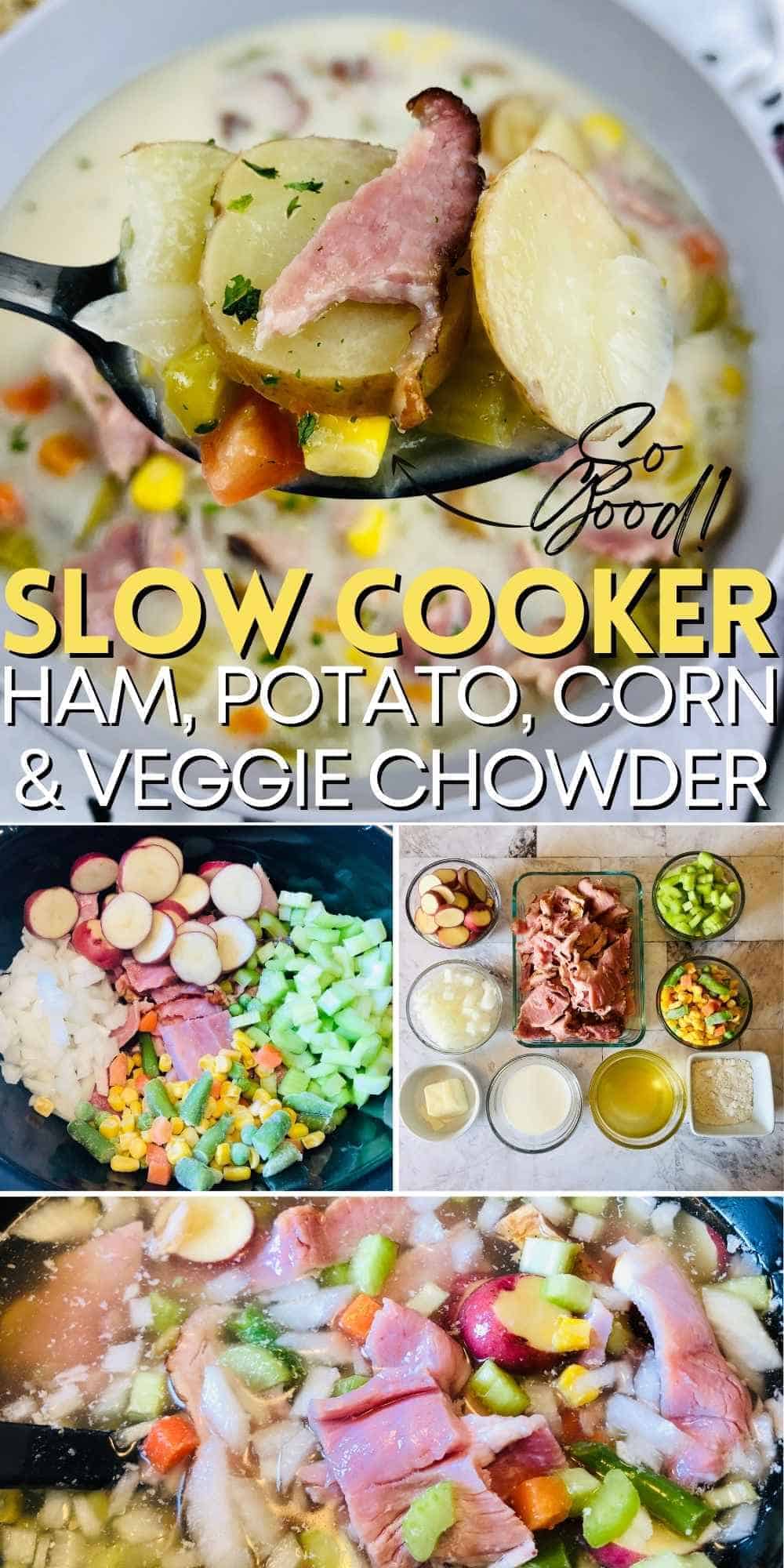 Slow cooker Ham, Potato, Corn & Veggie Chowder – smokey ham infused broth with potatoes, corn, and mixed veggies slow cooked to perfection with just the right bite feel. This chowder is sure to become a new staple soup in your house!

I love soup year-round, but I start craving it even more when the fall season rolls around. When you are busy with work or school, there’s not always much time to cook a meal from scratch. That is why I love using my slow cooker to make soups like this Slow Cooker Ham, Potato, Corn, and Veggie Chowder!

This hearty soup is perfect for a cold winter day! It is the perfect dish to warm you up full of ham, potatoes, corn, and veggies. It can be made in your crockpot or with just a few easy steps on the stovetop. All you need is 5-10 minutes of hands-on prep time in the morning before you leave for work or school.

Your house will smell amazing all day long while your soup cooks away in the crockpot!

Why you should make this slow cooker ham and corn chowder

If you love recipes like this, you may also enjoy this Classic Slow Cooker Minestrone Soup

Full directions and measurements for this dish are in the printable recipe card below. These step-by-step photos and instructions are here to help you visualize how to make this recipe.

Cover and cook on low for 4 hours

In a small bowl whisk together melted butter, flour, and milk and stir into slow cooker

Cook for an additional hour

Variation: Add cheese. A good way to add to the creamy texture and flavors of the dish is to add cheese to the recipe. A sharp cheese like cheddar, which is a usual compliment to baked potatoes, would be a spectacular choice to add more flavor to this chowder.

Variation: Add bacon. Much like the previous element, adding bacon bits and even sour cream to the top of your chowder adds a crunchy texture that breaks up the creaminess.

Do I have to use ham?

No, while this recipe is made specifically for ham, you can adjust it however you wish to and add other proteins such as chicken, or even seafood.

Can I make this dairy-free?

Yes, you can make this recipe dairy-free by replacing the milk with an appropriate alternative such as unsweetened oat milk. You can also replace the butter with a vegan option, such as margarine.

Can I add more spices?

Yes, if you would like to make this dish spicy or if you want to season the potatoes or ham in addition to the recipe, then you can feel free! Make the recipe your own!

More Soup Recipes You May Love 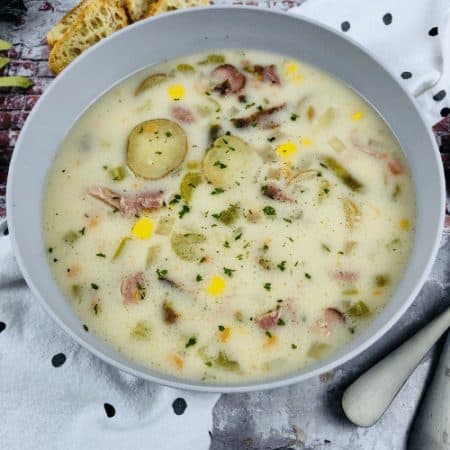 Hi, I'm Kim! I’m a multi-passionate entrepreneur (mom) who loves to help others through FOOD / LIFE / MUSINGS. Making life a little easier for you.

This site uses Akismet to reduce spam. Learn how your comment data is processed.

Get all the latest recipes and musings in your inbox 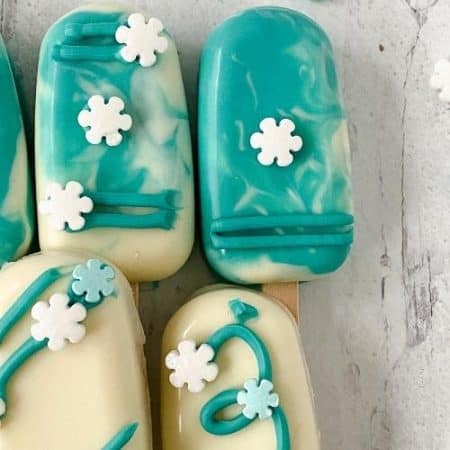 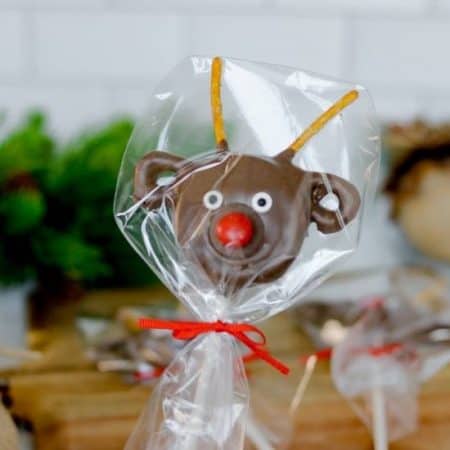 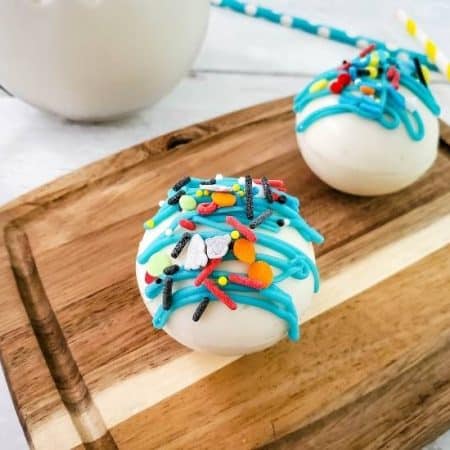 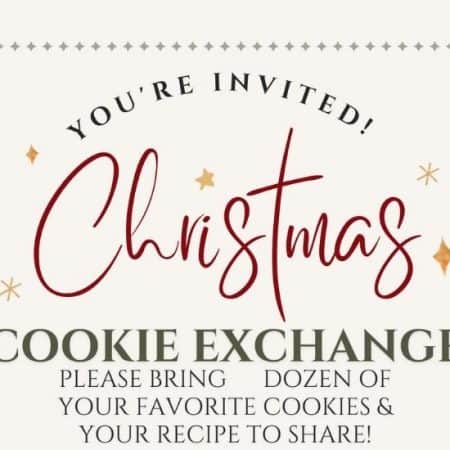 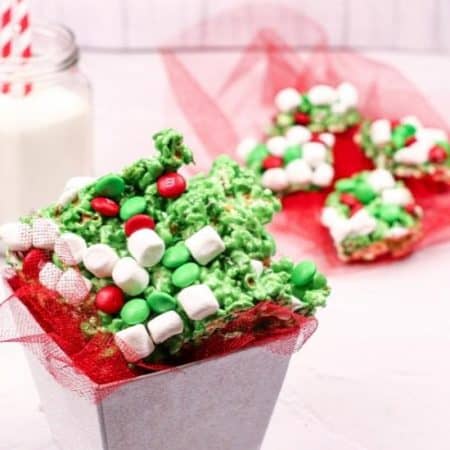 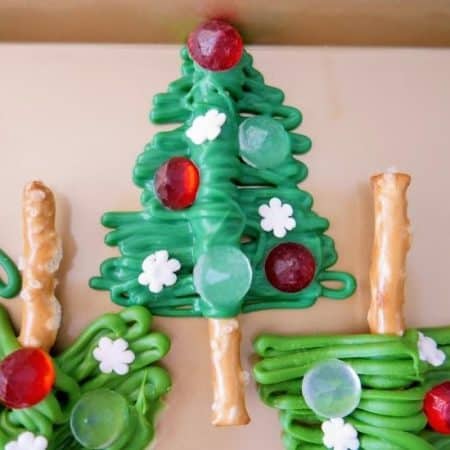 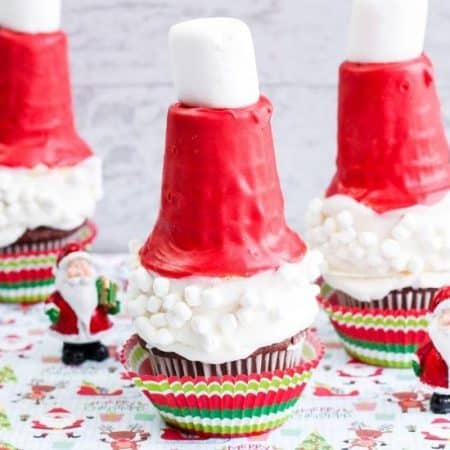 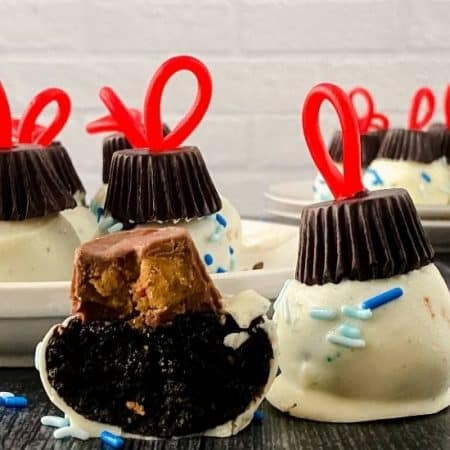 Get all the latest recipes and musings in your inbox 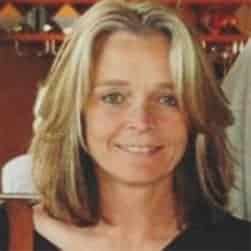 I’m so glad you’re here!
This blog is a reliable source of solutions to your problems, such as “What’s for dinner tonight?” or “How do I address this recent health issue?” As a mother to an amazing young lady, I know how hectic life can get, and I know you sometimes need a quick, easy solution.